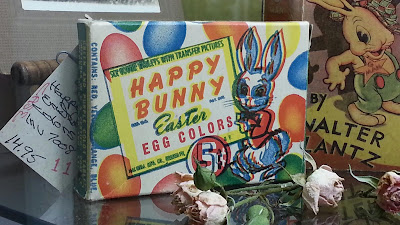 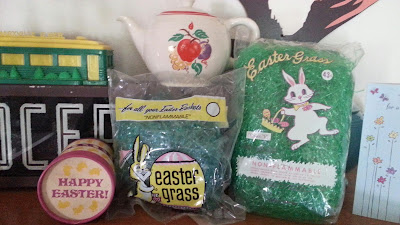 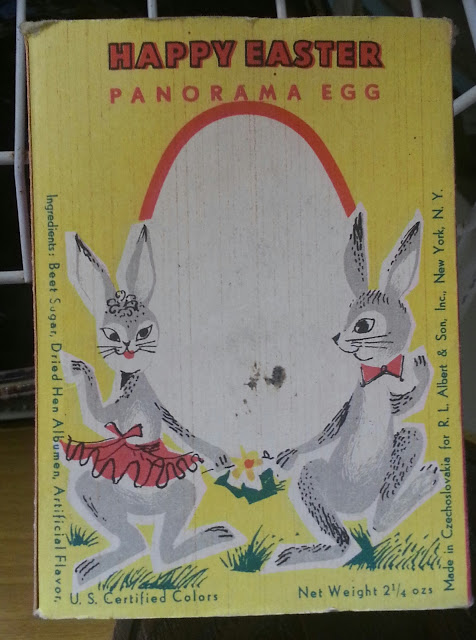 The last few days there has been something lurking outside my home that is driving me crazy. The man that lived across the street from me passed away last Sunday morning ( he just turned 90 on Saint Paddy's Day). I never knew him but would see the a transport van pick him up some mornings and he would be wheeled out in a chair all bundled up. I always thought that's not the way I want to live the last years of my life but I guess when you get that old you do what you can, or get what you get from your caregivers. So back to the temptation.... The sons showed up Monday and started pulling and piling stuff outside the garage but up on the driveway. I then spied what I have seen anytime the garage door was open..... wood crates !!!! They always had at least 2 7up crates on the shelf that were visible from the street. Yes I know you probably are saying " Randy you are such a noseybody and your are right. I am always checking out the open garages around here and you would not believe how many people have cars just sitting in them with piles of stuff almost covering them. I always tell Kelly they should do a TV show where they track them down and do a overhauling show type on the cars. One they can start with is near the High School my son Alex went to. I had dropped him of and was making my way thru the housing track back to the main street when I saw them. Here was a older guy out front watering his lawn ( what weeds were left on it) and there inside what must have been a small 2 card garage were 2 1959 Cadillacs  one facing front huge steel bumpers the size of tree trunks and one facing back Tailfins and bullet lights showing thru the years of stuff piles on top. I need to go there and see if I can get a few pics that would make a great post. So back to now and Kelly went over while I was at work and talked to one of the sons and he had a bunch of stuff he was taking to the hazardous waste depot and she talked him into letting drop by after work and pick thru it. I got over there and went thru a few boxes and pull some stuff but the rest of the house and garage was off limits but I could tell there was old stuff everywhere. I tried to ask him about what else there was but he was not into talking about it so I did not push the issue. The crates I had wanted he was keeping and so all I could do was watch as they slowly loaded up this dumpster just thinking what great vintage stuff was gone for good. I thought I would sneak over after work yesterday and see if I could fish some things out but as you can see they made a extra effort to pile anything that was big and metal and heavy on top ( hey Joe grab that metal trash can oh and that wood shelf that will stop those trash diggers) so there was no way unless I went over there and dismantled the pyramid of stuff they had erected to protect the booty below. Part of me was like "Hey it's in the trash who's gonna care" but then the idea of a 50 year old guy rummaging thru a dumpster in the dark with a flashlight making noise and piling stuff out on the driveway might not go down too good with all the neighbors plus I did not need the trash cops showing up and taking me downtown for trespassing on private property ( the driveway). I needed to go to work today and not end up in the pokey so  I just wrote it off and hope that what is left we will be able to check out once all the worthless trash is dumped. I admit I have a problem I am a Dumpster Diver..... there I said it. 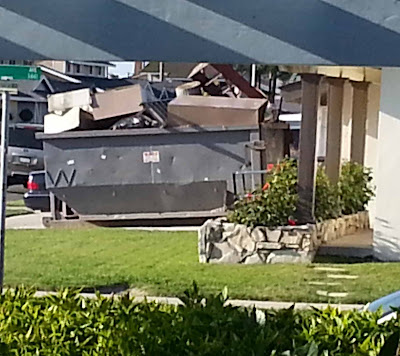 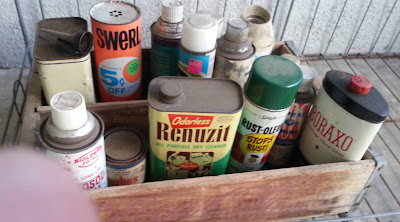 the best can in the bunch

View from the couch

Finally got rid of the Giant (200 pound monster) tube TV 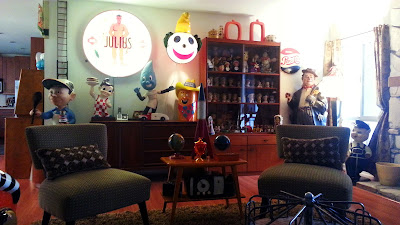 Was a photo worthy day out junkin 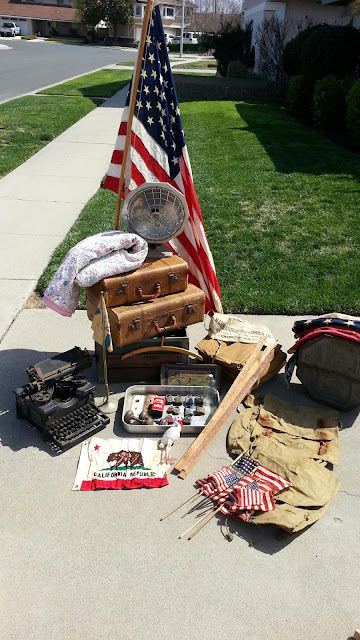 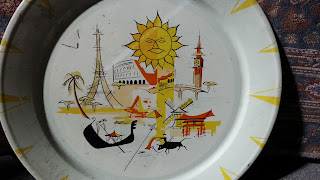 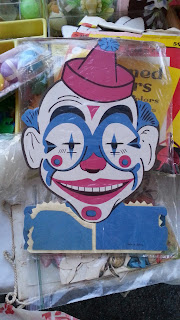 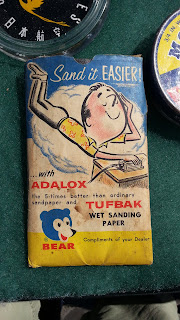 Just a few shots from Sunday at the Rose Bowl. Been laying low on posts.  sort of a break from this high pressure blog business I got myself into. 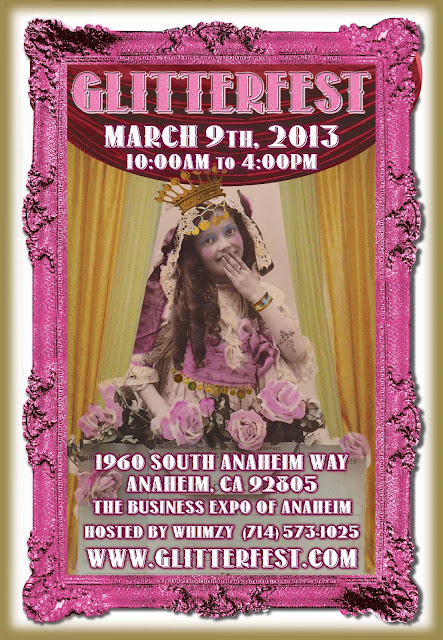 Just a heads up to all those Altered/Crafty/Creative/Funky/Fantastic people out there looking for something to do next Saturday. I will be setting up along with a whole load of great artists so drop on by if you are in the area.
Posted by tikiranch No comments: